8 Pieces of Gear To Shoot Professional Video On Your iPhone 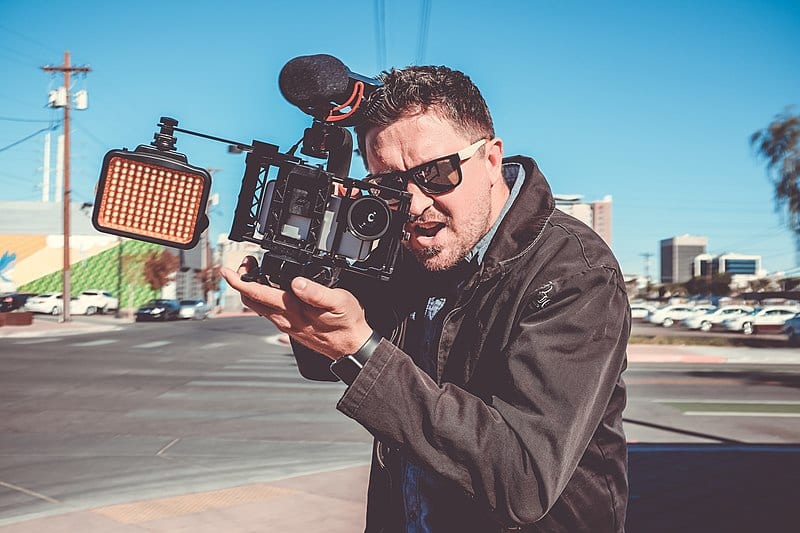 There’s like no reason anybody should not be shooting professional video on their iPhone! It’s so simple! And you can do so much of what you can do with a regular camera without all the complications and expenses of shooting on a more complicated rig!

I’m a professional videographer. This last year I shot over 40 commercials for Elkhorn Media Group in Eastern Oregon, and I shot many of those at least partially using my iPhone. These are commercials that are being used on television, social media, and professional websites. And the great thing was nobody except a trained video professional would know the difference!

These days there are entire feature films that are being shot on iPhone. Tangerine, a full-length, 87-minute movie that premiered at the 2015 Sundance Film Festival and was shot on an iPhone. Steven Soderburg’s new film “Unsane” was also shot on iPhone, and he plans to shoot more on it as well!

Now that being said, these people aren’t just pulling out their smartphone from from their back pocket, pointing it at the actors and saying “Action!” When I started shoot commercial video on my iPhone, there was some time, thought, and money (though not a lot!) that went into prepping my setup to shoot professional quality video.

But whoever you are, seven areas you need to think about investing in order to get that professional look you’re going for.

Invest In A Case

A case is the most-basic need for an iPhone videographer because it’s the structure that everything else is attached to! I personally use the Moment case because I love their lenses! But a couple other cases suggested by other iPhone filmmakers are:

Invest In A Tripod

What is the most important things in cinematography is your ability to frame a shot keep it still. For shooting with an iPhone, you want a really sturdy tripod, not a plastic one. You won’t be adding that much weight to the top of it.

If you already own a tripod, you can simply purchase an adaptor. My favorite is the MeFOTO Sidekick360 Plus Smartphone Tripod Adapter. It’s built very well and allows for a lot convenient camera positions without having to adjust the tripod every time. The tripods that are great for mobile rigs that I like the most is the Manfratto Compact Light series.

Here’s some other options for you to shop around:

Invest in a Gimbal

Steadicam footage is a sure sign of professional quality video. For iPhone filmmakers, a gimbal is a low budget option that gives you that well known ease of in-and-out-style shots you see in Hollywood films. You can also use it for stationary shots and reduce the time of moving your tripod from place to place.

I love the Cinema Robot Movi made by FreeFly. It smooths footage while you’re shooting. The gimbal can be put on a tripod and programmed to pan by itself. At $300 it’s a little more expensive, but it offers so much more than just a hand held stabilizer. It rules as a cinema robot!

Another option is the Zhiyun Tech Smooth-Q gimbal. It’s very well-known in the iPhone video world. A little cheaper at $139, it’s a good option for those without $300 to spend.

Invest In Some Lenses

There’s so many lenses out there that can go on your iPhone to give you unique and interesting visual effects. Lenses give you more creative control while filming. You can change them out to help you frame a subject or do something unique with the look of the shot.

Need a shot of a Prairie? Maybe use a wide angle lens like in the old John Ford classics. Sitting down with a person for an interview? You should use a Telephoto lens to help with depth of field and showing more detail on the person’s face. Want interesting light flares and super wide screen? Anamorphic lens give you an extremely wide-angle shot. Films like Super eight, Star Trek, and pretty much anything else that JJ Abrams shot use these lenses.

Lenses from the company Moment are some of my favorite. There are a wide angle, telephoto, macro, and even anamorphic lenses from Moment or Moon Dog Labs. Moment also has a system that lets mobile filmmakers use ND filters over their lenses. ND filters act like sunglasses for your lens, letting you get more dynamic range when shooting the sky or in the sun.

If you’re serious about filmmaking technique, check out Moment. But if Moment’s options aren’t your thing, one filmmaker suggested using a 60x microscope lens, a telephoto lens, and a wide angle lens kit together. Overall, they’re cheap and kinda fun to play with.

Don’t use the iPhone camera app, man. It’s nice, but it just doesn’t give the creative control you want when shooting professional video.

Filmic Pro has been used to shoot full-length films and gives you the ability to shoot in a variety of different video formats. It also lets you shoot in what’s called a LOG format. LOG helps retain a lot of the middle ground of an image that might otherwise get lost or crunched. Filmic Pro Also allows you to select a higher video bitrate, improving the quality of your video you’re recording. You also have the ability to change frame rates, have focus control, exposure and other neat stuff that’s super important if you want your video to have professional quality.

Other apps allow you to color correct your footage right on your iPhone. I’ve used Koji Go, Carve, Video LUT, and VSCO to get perfect color on my 4K footage. Other apps even let you edit right on your iPhone! Mobile apps like LumaFusion, iMovie, KineMaster, and Adobe Rush are all apps that edit and polish your piece. LumaFusion is the most high end editor and has a little bit of a learning curve. But, you can actually edit footage color and exposure from within the app!

If you’ve got the new iPhone X and you’re planning to edit on it, check out the top apps for editing with the iPhone X to get familiar with all the possibilities of tweaking your videos and photos. Also, here’s a list of the best apps to download for indie mobile filmmaking.

As my fellow We Heart Create buddy Will Bowman always likes to say, sound is 90% of film! This is especially true for professional quality video even on your iPhone. The good news is is that there’s plenty of gear to up your iPhone sound game so that you can record professional grade audio.

You can use of lavalier microphone. Lavalier microphones are used for news shows and interviews. They can be directional or omni directional, and you can attach them to your interviewee shirt collar or under the shirt. I haven’t used it, but I’ve heard the Giant Squid Audio Lab mic is a good starting point if you want a quality lav mic for your iPhone.

Shotgun microphones are better found run and gun filmmaking and shooting on the fly. If you’re going to be shooting in the field or shooting action video, there are plenty of companies that make shotgun microphones that plug right into the headphone jack of your phone such as the RODE VideoMic Me and The Mighty Mic.

Here’s some other microphone options recommended by other filmmakers.

Your iPhone footage will look great if you shoot it with lots of light. Especially if you’re shooting indoors, adding a little extra will go along way. The built-in flash on the new iPhone will never compare to off-camera light. Lighting not only defines your subject but set a mood and evokes emotion. Film director Martin Scorsese said that “Light is at the core of who we are and how we understand ourselves,” and so you should really think about investing a little bit in some lights!

If you absolutely can’t add light and you’re forced to shoot in a low light situation, set your shutter speed on your iPhone equal to your FPS and adjust your ISO higher in the settings.

Sadly, the iPhone is not the best in all things. You can’t trust the iPhone battery to last very long when shooting professional video. As an Apple fanboy, it’s hard for me to admit this, but it’s true.

That being said, the solutions are simple. Run to Home Depot and pick up an extension cord so that you can plug in your iPhone while shooting interviews. Or you could pick up the Mophie Space Pack. This little guy adds battery life with a two-in-one pack and ALSO adds storage for your photos, videos, and documents. Not bad for a single purchase!

I recant what I said. With addons like this, the iPhone rocks like Coheed and Cambria and you’ll never change my mind.

Don’t get scared! You don’t have to purchase all of this to get started making great movies with your iPhone. Just get out there and start doing it! You have a great camera right in your pocket which also can provide you with all the apps to make complete works of art. And if that isn’t enough, the same device you shoot and edit with is also the point of distribution across lots of networks online! You’ll put together your kit slowly, like I did, over time and during the process of making videos. Until then, just have fun! 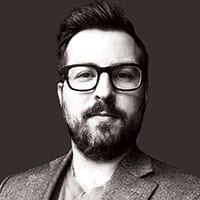 My name is Tim Mustoe. I studied Film Production at Eastern Oregon University. Now you can find me making videos for Elkhorn Media Group or strumming on my guitar in my off time. I’ve worked in video journalism, marketing, cinematographer positions, premiered at regional film fests, helped teach film-making and mobile film-making workshops and now the Video Director at Elkhorn Media Group. I consider myself a documentarian and everyday storyteller.

I don’t get paid to contribute to these blogs. But when you share my content a portion of the advertising revenue does come back to me so I can continue to create beautiful things for everybody to enjoy.

If you’re interested in becoming a contributor to We Heart Create, you can email us at weheartcreate@gmail.com and start making money by sharing your creative knowledge with the world!