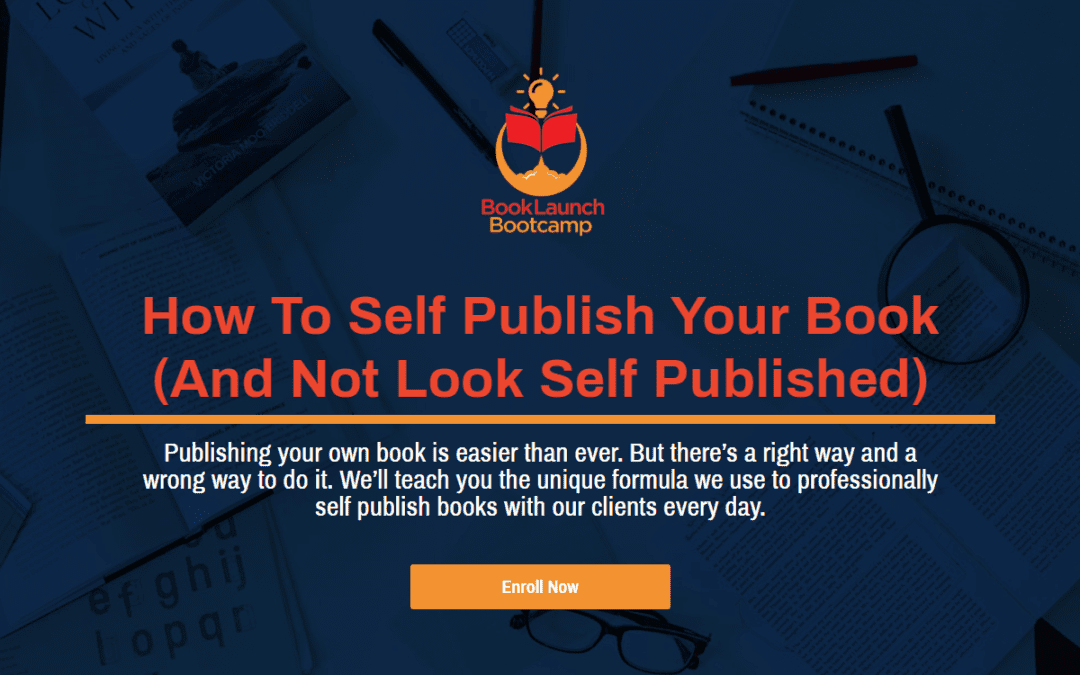 Recently the folks from Launch My Book, a self-publishing company located in one of my favorite places in the world, Bend, OR, contacted me to edit their flagship course Book Launch Boot Camp. Their course was going to be a “no-nonsense” alternative to many of the self-publishing courses currently on the marketplace. Many of the current courses on the online marketplace promise self-publishing in two months, a month, or even a week. Their course, on the other hand, would take people through the same six-month process that they take their paying clients through to publish their book so that it doesn’t look self-published, a much more realistic timeline for doing a quality job of self-publishing your book. 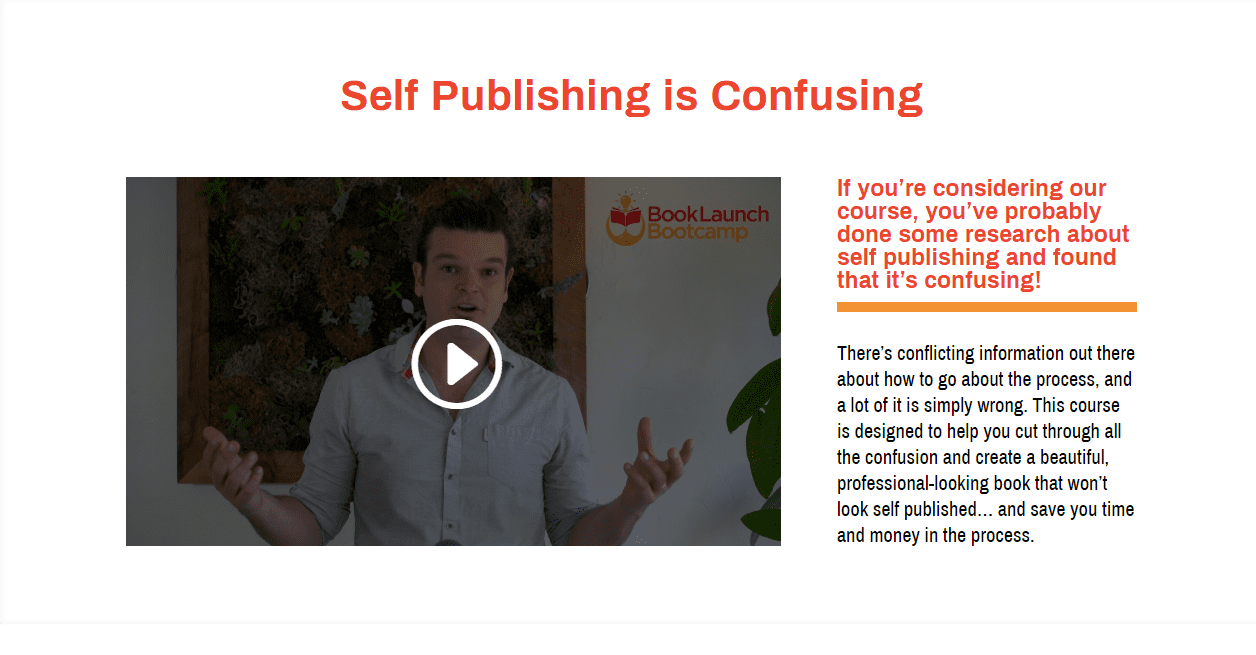 The project would involve: 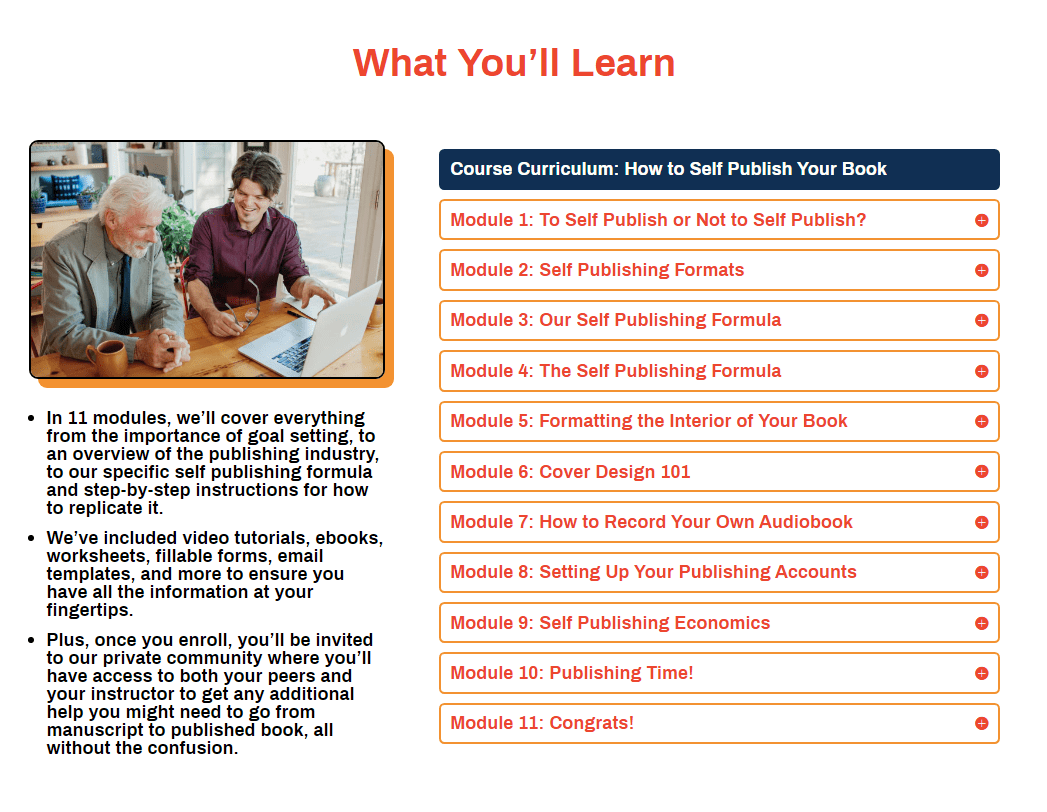 The folks at Launch My Book contacted me before they filmed their course material. They had several questions about the filming process so they could do a good job filming the videos. They also requested a proposal before the classes were filmed, which I also provided.

I was one of two video editors they requested proposals from for the project. However, based on the feedback of the crew at Launch My Book, my eagerness to get the bid coupled with my prompt responsiveness made them want to partner up with me. Even in the modern age of technology, simple virtues of responsiveness and customer service still are, often, the deciding factor between one contractor and another.

Once the project was underway, Launch My Book sent me the files via Dropbox, and it was a lot of footage. There were about fifty classes each with two angles of 4k footage, half of which was in an unreadable .mov format and needed to be transcoded to a proper .h64 format. All in all the files were 300+ gb, and all of it had to be transcoded into wide an closeup shots of each angle.  The downloading process was fraught with difficulty. And even once the files were downloaded, the processing took over a week to finish for all the lessons in the course.

As a result of this project, we are seriously considering purchasing a 4k editing workstation that can handle any 4k video needs. This is not a reality just yet, but if 4k projects such as this one become the norm, we will quickly be upgrading our hardware.

Once the footage was downloaded and transcoded, I started editing the project. Each file had to be watched through, errors removed, titles added, color and sound done for the project.

About halfway through the edits, a serious problem came up. In going to start doing audio editing, I came across about 6 or 7 of the separately-recorded audio files in which there was no audio spectrum… and no audio, for that matter. The files had been corrupted, either during recording or somehow in the process of storing them on the Launch My Book computer.

The files were lost, nothing to be done about it. And the Launch My Book folks looked to me to save the day.

Solution – Izotope RX7 To The Rescue

Fortunately for them, the audio sweetening software Izotope RX7 is the Babe Ruth of audio sweetening. Whatever audio you toss at it, it will hit it out of the park. In addition to the separately primary audio, the secondary camera video files also recorded the audio from the course. For the lessons that had been corrupted, I was able to extract that audio and sweeten it so that it sounded alike to the separately recorded audio and they didn’t have to re-record the lessons that had been lost. Audio sweetening saves the day.

Problem – Too Busy To Do Title Design

December 2020 was one of the busiest months in People Project Media history. I was working on copywriting and design for a digital funnel for another client, video scriptwriting for another, doing transcript editing for another, and had several other projects in the works. I was supposed to design the titles for the project, but I had very little time to do it right.

One of my go-to contractors is Katie Pendell with Unzoned Photography. Don’t let the name fool you – photography is only one of the services she provides. Her main skills are photography and graphic design, but she also is a competent motion graphic designer. And because I just didn’t have the time to do the design, I reached out to her to fill in the gaps. Which she did so competently.

Once the classes were edited, the titles were designed, and all of it was put together, I sent Launch My Book the first drafts. After review, they had edits and changes to both the titles and the edits. I made those changes, did the final color and sound, and sent the final files along.

After the final files were sent, the folks at Launch My Book sent me six more promo videos to be edited with music and an outro. These videos would be used on social media and the landing pages for the course. These files were easy. A single angle, all the videos cut together simply and easily and the audio and color editing went just as smooth. 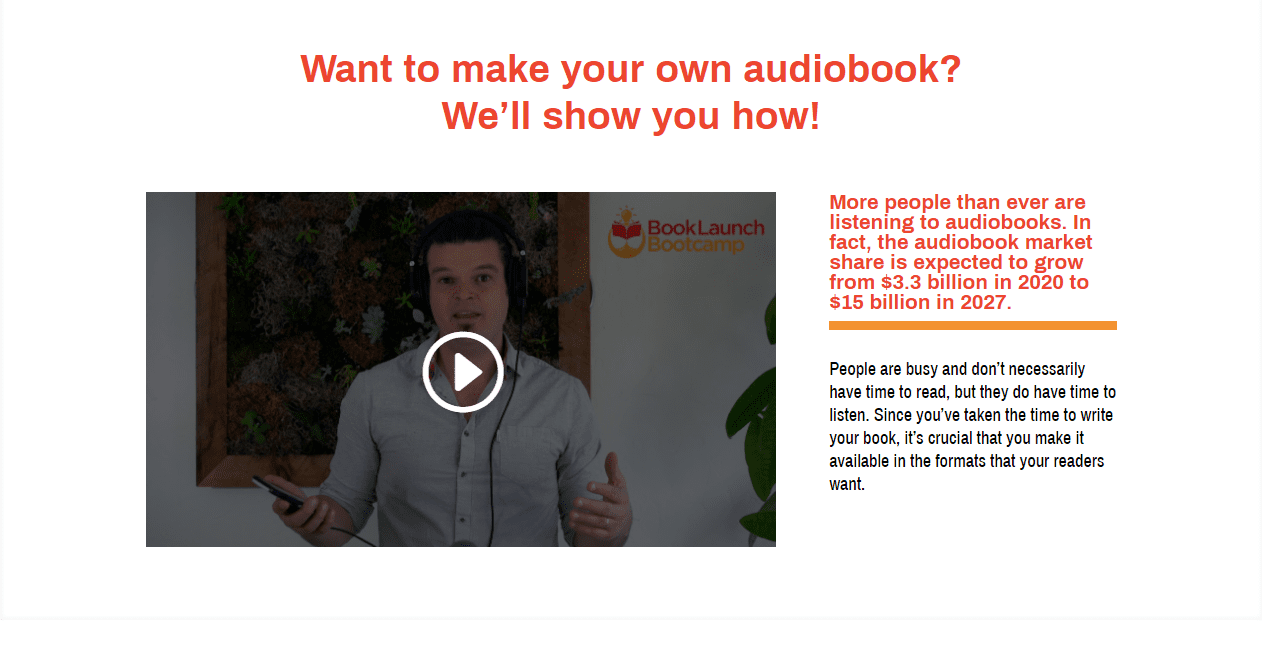 In the end, I delivered 50 lessons and 6 promo and landing page videos to Launch My Book. These videos were edited, sweetened, and color corrected with custom titles added internally as well as at the beginning and end. The client was pleased, and the courses are now live on these landing pages.

How to Make an Audiobook