The Fear Of Not Finishing 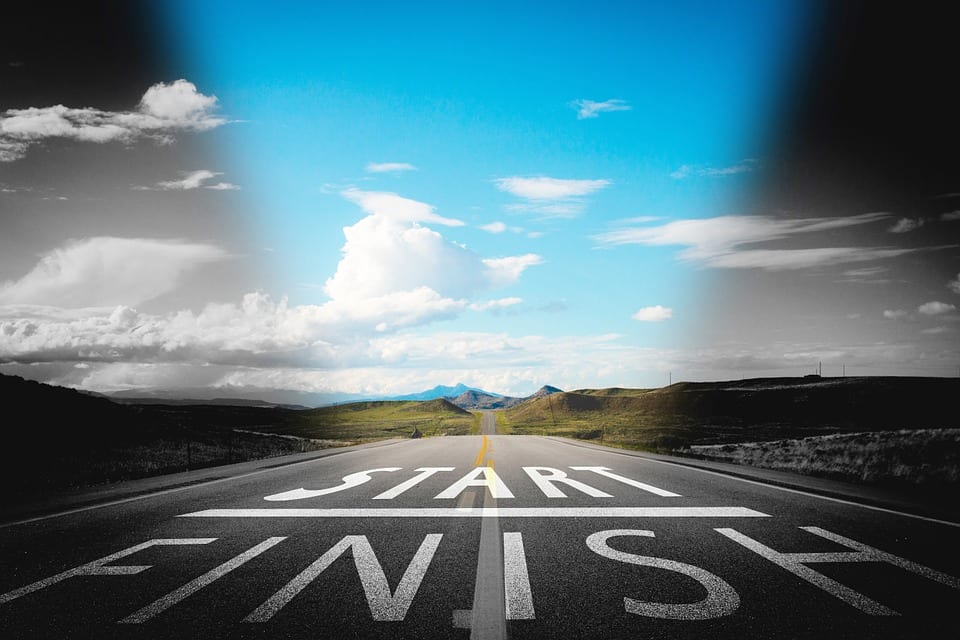 The fear of not finishing can be one of the most debilitating fears a writer suffers from. I know this from experience.

Rooted in a deeply-held belief about my artistic self, my personal fear of not finishing manifests as either the lethargy of not starting projects or the mania of always, by the sheer force of will, finishing them, no matter how big or small or important.

In one case, I won’t start projects for fear of failing to finish them. Period. In the other case, instead of refusing to leave behind any project, no matter what size or importance, I’ll finish it for fear that if I give an inch my apathy will take a mile, and I’ll slowly but surely lose my ability finish even the smallest projects. Before long, I won’t be able to finish a sketch, not to even talk about long-form writing or film projects that I may undertake.

I don’t know where this fear came from. Maybe it came from a childhood and college years overly concerned with fishing every darn assignment I was given (but where did that come from?). Maybe it came from years of mediocrity in sports and never really wining any serious awards. Maybe it came from the knowledge of my own tendency to get very excited about something and then, the next moment, to lose all interest and move onto something else. It’s a part of me. And how do I get anything done creatively when I’m this?

And the worst thing about fears is that they’re never entirely unjustified. My small, white wicket filing cabinet is filled with half-complete projects, unedited poems, notes about subjects I thought would turn into some novel or film, a couple unpublished scholarly articles from my college years, even a graphic novel I drew a couple panes of then, well, then forgot about the entire thing.

Most people who meet me would not describe me as “flighty” or “unreliable”. Generally as an employee I’m reliable to take care of projects. As an amateur athlete, I run six days of the week in rain, sleet, snow, or hail. I hate running in the rain, but I do it because I know that progress comes from mileage, and you can’t skimp on it if you’re going to improve.

No, generally I’m not a flighty person, though I cant’ decide if that’s because of my nature or the structures I’ve erected over the years to combat this very tendency in myself. Either way, it looks the same from the outside: a strong, healthy and reasonably productive twenty-eight year old man who (proverbially speaking) will finish with a pencil when his ribbon has run out.

Yes, I write most of my first drafts on a typewriter. And ironically this exact situation happened during the writing of this article.

And I’m not the only creative that feels this way. I know many of my creative friends who struggle with this exact same flightiness. My friend Heather who feels ashamed that she’s so “spacey” and can’t remember to do things. My friend Ben, every time I talk to him, has some other new project he’s working on and I’ve never actually seen the culmination of a single one. My good writing friend Sean who is working on a novel but can’t seem to get traction on it because all his spirit wants to do is write short stories right now (which, God bless him, he’s come to terms and is running with).

Truth is, there’s something specifically flighty and chaotic in the spirit of creative individuals. And while this makes for sometimes inspiring creativity, getting to the point of being able to be a consistently productive creative person is a struggle, to say the least, for most of us.

Through college I kept this fear of not finishing at bay with my structures and my willpower. Every day I would wake up between four and six am to write. I would force myself to sit down at my desk and write something, anything. And it worked. I wrote things. I got published. I even won English Major Of The Year at my university for my sincere and prolific (for an undergraduate) writing and publishing accomplishments.

But the problem with structures is that they are sometimes forced to change based on circumstances. I’m married and working now and my life is very different. And the problem with my willpower is that, like a muscle, it wears out. Getting out of college, I was creatively exhausted. And what this resulted in was, first off, poor creativity and, second off, a years-long creative dry spell from which I’m just now starting to come out.

But despite all that, here’s the moral of the story: creativity cannot be built on the back of willpower alone. It relies too heavily on that childish curiosity and adaptability for many of its better turns. Sure, willpower can get you to the drawing table or to the writing desk. But that same neurotic almost ADHD nature that makes creative people’s lives so frustrating otherwise is really an integral part of the creative process. It’s what makes them look at the world just a little differently. It’s what makes them see things that other people wouldn’t otherwise see because they’re too honed-in on the goal. It’s what makes them colorful and dynamic, which is important to being a creative individual. Without it, you’ll have what I had coming out of college: a thousand pages with the variety and taste of eating saltine crackers for a meal.

And now, as I look back over my creative life in college and afterwards, I wonder if I, in my fear of being overwhelmed by that chaotic, interested-now-and-bored-tomorrow inner child, by forcing him down in lieu of consistency, by sacrificing curiosity and jumpiness for short-term productivity and quantity of work, if I didn’t do a grave disservice to my creativity by depriving myself of one of the most essential things to being a creative being: the joy of being a child chasing butterflies.

Case and point, I’m already getting bored of writing this. See how bad it is? An hour in and my mind is already wandering to the next thing in my evening. It might be drawing or reading Wealth of Nations or watching A Beautiful Mind or giving my wife a back rub. Who knows? Like an amateur just starting to work out, I’m ready to be done after just the second set.

And the truth is, I don’t have the answers to this problem for you. The fear of not finishing is not a fear that is overcome in a single day or with a single technique. It’s a fear that’s rooted in our deeply-held beliefs about our creative selves. One person’s method of overcoming it may not work for another, and the truth is I’m just starting to work through mine. I wish I had more for you in this post than comradeship, but I don’t. Honestly I have only my own struggle and the proof that maybe, just maybe, there’s hope for all of us.

That, and the encouragement that maybe it’s okay to be a little flighty as a creative individual. Maybe if you don’t finish this particular project there will be another one that you do. Maybe the reason you didn’t finish it was because it wasn’t worth finishing. Maybe there will be projects in the future that are worth finishing. And maybe that little bit of flightiness that says, “Alright, I’m ready to be done now,” is the same curiosity that will lead into the next project which really will help save someone’s world (at least a little bit). Maybe, for now, it’s okay to leave something short, finished, incomplete, and move onto something else. Maybe it’s okay to be a little flighty in your creativity once in awhile.

Maybe, but I guess I’ll have to find that out on some other project. Because – fashookey! – I finished this one, guys!