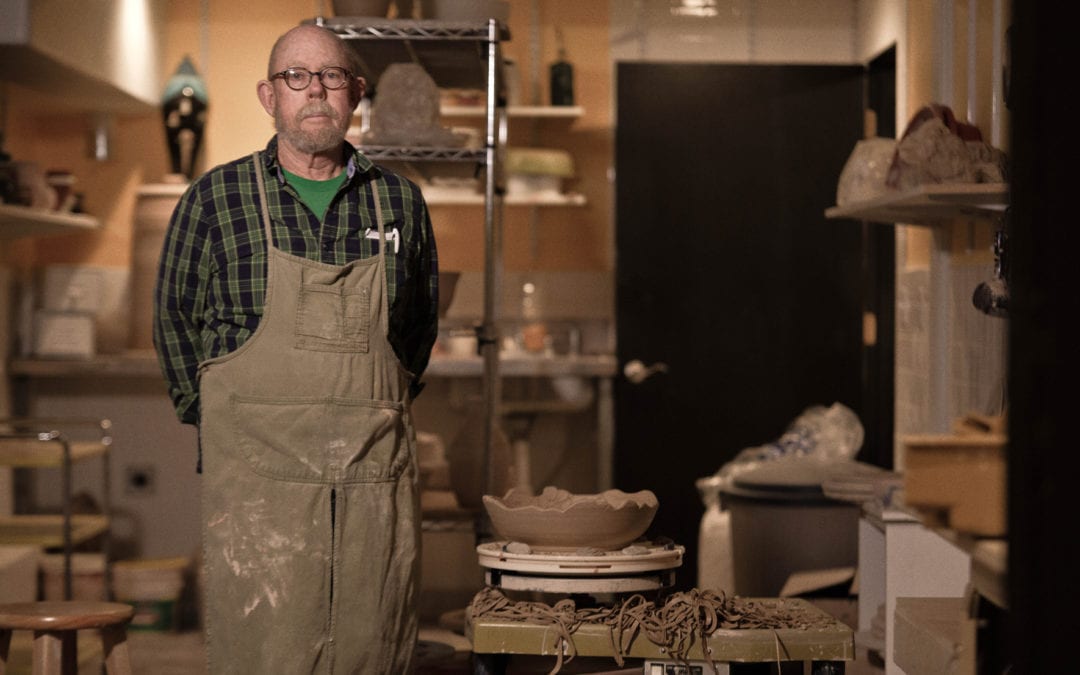 There’s far too much beauty in creation for this all to have been made out of nothing for no reason.

Sometimes I worry that I overly pester people in my zeal to make media about them. “Hey, do you want to be in a video? Hey, do you want to do a podcast? No, it doesn’t cost you anything. Honestly, the time commitment isn’t all that much.”

But still, there’s sometimes a hesitation, a non-eagerness on the end of possible features to have their life, ideas, and emotions explored and – what’s worse! – shared with the world.

And there’s nothing wrong with that. Every human has a deep desire for some privacy in some areas of their life. And it takes courage and strength to open yourself to someone coming from outside to look at your life and share it with the sometimes very judgmental world.

But no one has been more open and willing to share than Bob Jenson, owner of The Potter’s House.

I met Bob via proxy. When I worked at Brent Clapp Media Services, my editor Katie and I were looking for a feature for a new side project we were working on called The People Project. Brent, our boss at the time, suggested there was a local potter who might be a good feature for our video.

And now, three years later, Bob and I have not only done a People Project video but also a podcast as well. Bob has been extremely eager and open to me coming into his life and experimenting with interviewing and media as a means to capture someone’s personality. And for that, I’m extremely grateful.

A couple of things I genuinely like about Bob:

And there are many more.

Please, give the video a watch and the podcast a listen. You’ll be interested in this media if you are interested in art, business, God, and how all this fits together. The podcast especially might be interesting to people who are trying to start a small-town business in some sort of artistic field.

And if you’re every interested in seeing more of Bob’s pottery or maybe even purchasing one, you can find more about it on his website

Bob, thank you so much for being so generous with your time and your life story. I very much enjoyed having coffee with you so many times, including the times we did the interviews.

And everybody else, thanks for reading this entire post! I hope that a little bit of you expanded somehow by learning about Bob’s life and work. And if the spirit moves you, maybe even go and buy a pot from him. How cool would it be if Bob actually made money off of this media?